I’ve come to realize that social media has really empowered many people and given them a voice.  These persons wouldn’t have a voice in communities without platforms such as Instagram, Twitter, and Facebook.  And therein lies the problem.  These platforms have given some people a license to be bullies, and others an opportunity to vent their sincerest form of ignorance.  And then there are those that feel social media is the place to spew every negative emotion they are feeling.  Honestly, all three mentioned uses of social interaction tend to get on my last nerve.

The cyber thug is that man or woman that feels empowered by the concept of “anonymity” and is rude and disrespectful to others on Instagram, Facebook, and Twitter.  Yeah their name and possibly their face may be attached to their latest written attacks, but they feel protected by a little glass screen.  Never will they say to someone’s face what they are saying in a post.  They don’t have the balls to do such.  And it’s easy to throw shade when you know you will never be held accountable for what you said, and see the victim of your attack face to face. 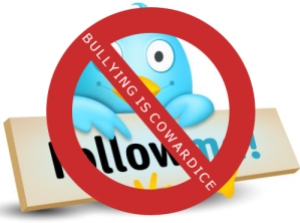 These are the folks that get on social media and say any and everything that comes to their mind.  ANYTHING!  Things that I’m certain, or at least hopeful, they would never say out loud and in front of people.  This is a category of people that is pretty self-explanatory so I’ll let the examples speak for themselves. 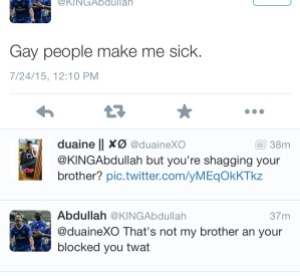 This last group of individuals I just find draining more than anything.  They are always talking about who wronged them, what their boyfriend has done to recently piss them off, how their best friends are not to be trusted, and etc.  Posting stuff like this all the time makes me assume they don’t lead a happy life, and are in constant struggles with drama filled situations because they deep down choose to be.  As if they thrive on drama, and don’t know how to function without it.  That type of negative energy is extremely unattractive and off-putting.

And then my favorite thing is when people mask their angry or bitterness in the “I don’t give a f$ck,” or “I’ve run out of f&cks to give,” posts.  Don’t get me wrong, posting these type of memes and phrases a FEW times is normal I guess.  But posting them every week is draining as a follower to see on my timeline.  Quiet as it’s kept, if someone is truly unbothered and doesn’t care, then he/she wouldn’t feel the continual need to say so. 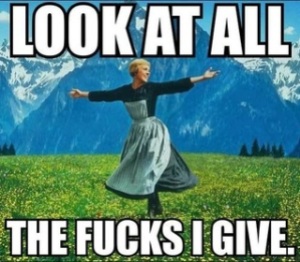 I just felt the need to get this mini rant off my chest for a while.  Remember, bullying someone on social media makes you weak, there is strength in not sharing everything you’re feeling, and nobody wants to read or hear constant complaining.  Get into positive vibes people.

As always nothing but love,